You are here: Home / Columnists / A Blonde Moment

No tornado gonna stop the press

Journalists know well the rush that comes when dealing with a breaking story that is big news. They can even get a little ticked when news isn’t new, but the same old-same old. They need a stellar story to break the monotony. That’s what they want, what they wish for.

On the afternoon of May 21, just after 1 p.m., I was heading out to a wedding with my family. The sky looked rather ominous, and we were doubtful that the nuptials would be held outdoors, as planned. Ten minutes into our drive, we had to pull off to the side of the road. The rain was so heavy, the wind so strong, it was unsafe to drive. Eventually it passed, and we continued on.

About 20 minutes later, Cosmos contributor Justyne Edgell arrived at the wedding, as she had been hired to do the photos. As we were chatting, she glanced at her phone, then looked at me with shock – “Uxbridge was hit by a tornado.”

I immediately started texting town councillors and friends to find out if this was true. One friend was too shaken to speak coherently. I managed to reach councillor Bruce Garrod, but he could only tell me that there was no electricity, there appeared to be a lot of damage, but he knew nothing else, other than Uxbridge had been whacked by a storm.

I began to pace, the urge to grab my car keys, leave the wedding and go to Uxbridge so strong it was almost blinding.

As sparse details trickled in to each of us, Justyne and I began to realize the magnitude of what had happened to our little town. As I paced about and she snapped shots of the groomsmen and bridesmaids, our eyes would connect, each of us conveying a “We should NOT be here, but what can we do!?”

Just as the music began to start the ceremony, Bruce called me again, giving me a better idea of what had happened, and what was coming next. I also spoke with both John Cavers and Conrad Boyce, who were already out on the streets capturing the aftermath, and rang off the phone mere seconds before the bride herself walked down the aisle.

I spent the rest of the evening agonizing over whether to stay at the wedding (in which I played a small but integral part) or head back to Uxbridge to be at the scene. My daughters had travelled great distances to be at the wedding, and there was no option for some of the family to stay and some others to leave (although my husband did have to get back to the farm). So we stayed. But my phone never left my hand. My FOMO had never been so bad.

Conrad asked at one point if I was considering doing a special edition of the paper. I laughed at him. My publisher brain immediately said “I can’t do that, an early edition and the regular edition – I can’t afford that!” Later that day, however, the township’s emergency management team called a press conference. After every question that could be answered was answered, Kristi Honey, the chief administrative officer, called me over to speak with herself, the mayor and the public works director. She asked if it was possible for the Cosmos to be published even a day earlier because huge swaths of the township were without power, and cell/internet connectivity was spotty at best. I told her I’d see what I could do.

At home, a generator had been hooked up to the barn to keep dairy cow life moving, and I moved everything I had in my office that I would need to do the paper to a large room there. I made calls, sent frantic emails, and finally decided that, instead of our normal Tuesday/Wednesday/Thursday production and distribution schedule, on Tuesday the paper would have to clear by 1 p.m., be printed and picked up by 5:30 p.m. and distributed via a team of incredible volunteers who almost made me cry when I pulled up behind the library and saw ready and waiting to deliver the papers.

The rest, as they say, is history. I’m so glad that Kristi, Mayor Barton and the Township team believed in us enough to ask for an early publication. I’m humbled every time I receive a note or an email praising the May 24 edition of the paper. And I’m pretty chuffed that, in the year 2022, a hard copy newspaper was what got people through a crisis. God, I’m glad I don’t publish a daily. 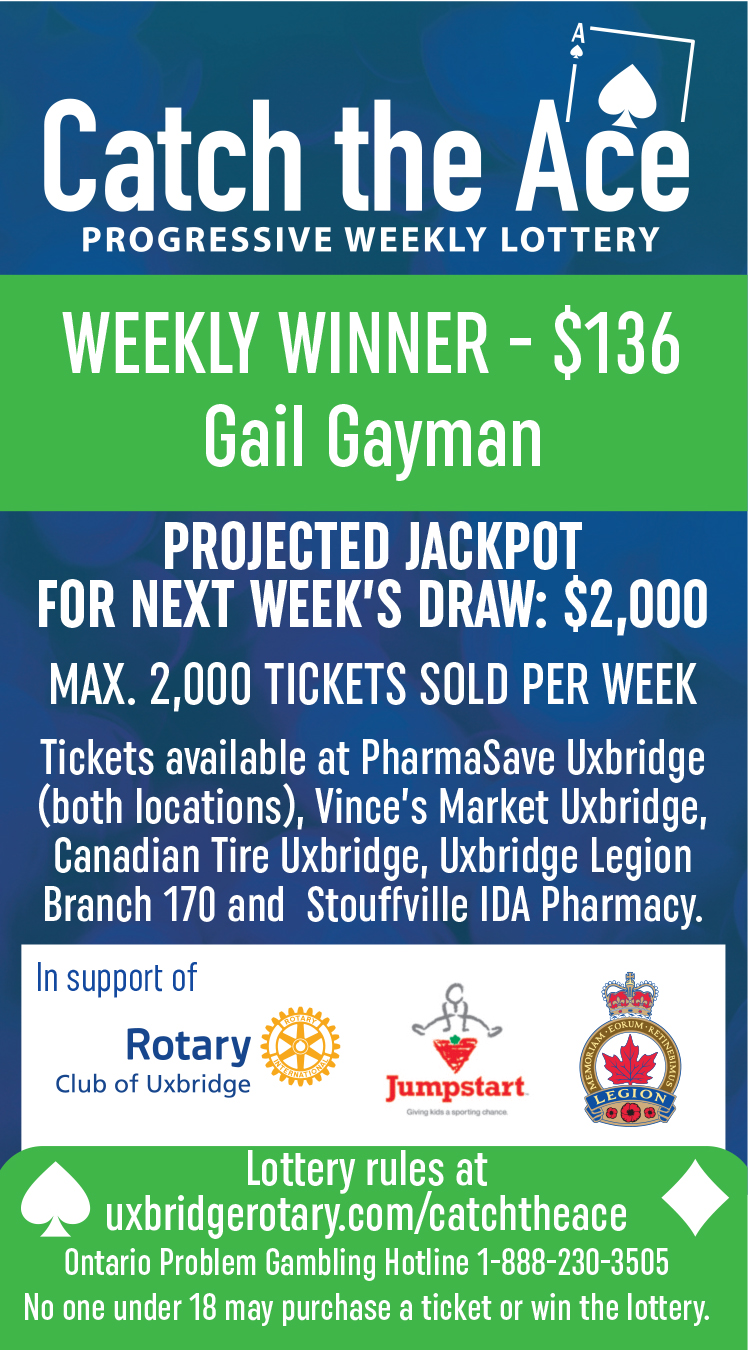